When planning our honeymoon, we were hesitant about visiting Hiroshima. We were both intrigued by it but didn’t know if it was really worth the visit, considering we didn’t have much time. So I asked a dear Japanese friend of mine who encouraged us to go by saying that, and I’m paraphrasing here, it is important to see the scars Japan still has not only on its people but also on its land. The word scar struck me at first, but of course she was right. Japan is the first and only country in the world that has been atomic bombed, and although this is no reason to be proud, I believe its outcome has greatly contributed to uplifting the Japanese spirit I so much admire and felt in this city of hope. 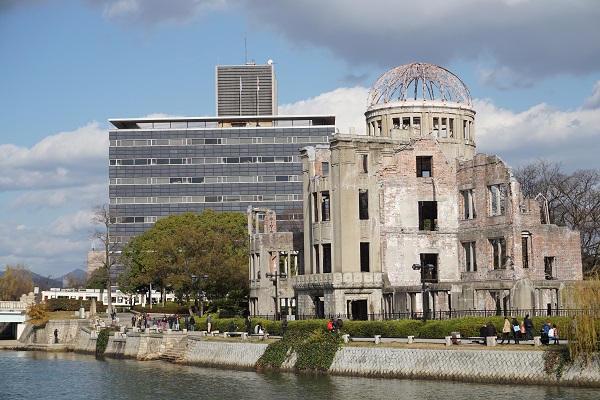 I think the best adjective to describe Hiroshima is bittersweet. This is exactly how I felt when I laid my eyes on its people, its, streets, its monuments, the A-bomb Dome. 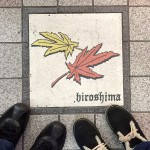 After arriving to its orderly train station, we took a tram to get to the hotel, and during the ride I began to admire the city. So beautiful, I thought, and so new and shiny. Then I remembered, it’s only 70 years old! And I felt overwhelmed. All of it, all of everything I was looking at and experiencing, all the lively streets, the cool buildings, the colorful signs, the modern cars, the kind tram driver with its neat uniform, the old man that looked like a million dollars who was sitting next to me, the young woman with the fashionable heels I took pictures of, all traces of life that surrounded me at that moment were completely destroyed by the atomic bomb. All was gone, even the warm sunlight. The realization gave me goosebumps not only because of the magnitude of such tragic event that left nothing but rubble and despair, but mostly because of the tenacity, discipline, and hard work of its people: today, the city is vibrant. Today Hiroshima thrives. 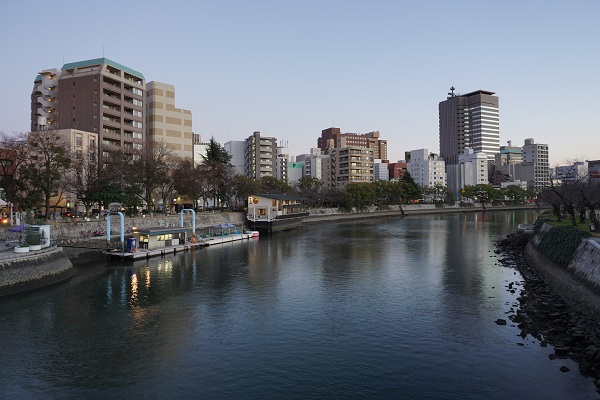 View of the city

Then I thought about my people and land. Back home in Guatemala we have suffered terrible wars, we have been robbed and crushed like cockroaches ever since the Spanish colonization, there has been death everywhere and destruction of all kinds, and after hundreds of years there’s still no real progress. We are poor, and mostly in spirit. If we only had a tiny spark of the intense Japanese fire then maybe our cities would also thrive. Maybe we wouldn’t lose hope so easily. Hiroshima is a concrete example of the Japanese strenght and love of its people for their country and for themselves. At Hiroshima this is what you experience, loss and gain, sadness and peace, regret and so much hope. It’s bittersweet and beautiful.

The Peace Memorial Park is a spiritual place. It is silent; you don’t hear children playing or people talking or laughing. There are trees everywhere and different monuments where you can pay your respects to the victims, not only of Hiroshima but of the entire world. I expected to see only tourists taking pictures but was surprised to see many Japanese people praying. And not just adults, many adolescents and children. It was touching. 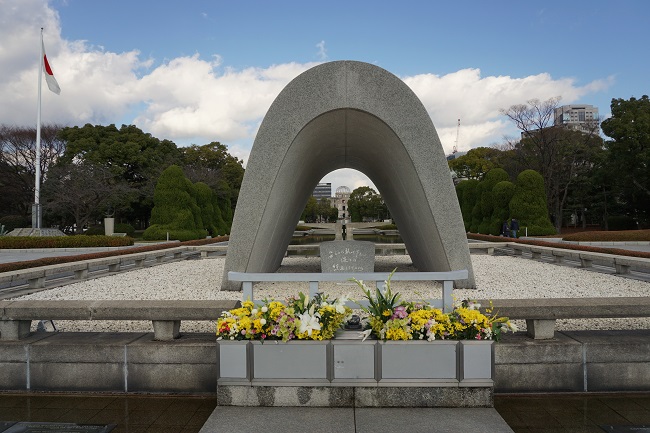 This monument embodies the hope that Hiroshima, devastated on 6 August 1945 by the world’s first atomic bombing, will stand forever as a city of peace. The stone chamber in the center contains the Register of Deceased A-bomb Victims. The inscription on the front panel offers a prayer for the peaceful repose of the victims and a pledge on behalf of all humanity never to repeat the evil of war. It expresses the spirit of Hiroshima – enduring grief, transcending hatred, pursuing harmony and prosperity for all, and yearning for genuine, lasting world peace. 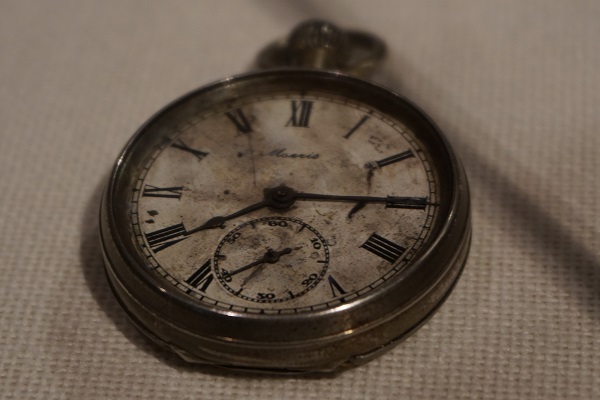 8:16 am, time at which ‘Little Boy’ was dropped on Hiroshima 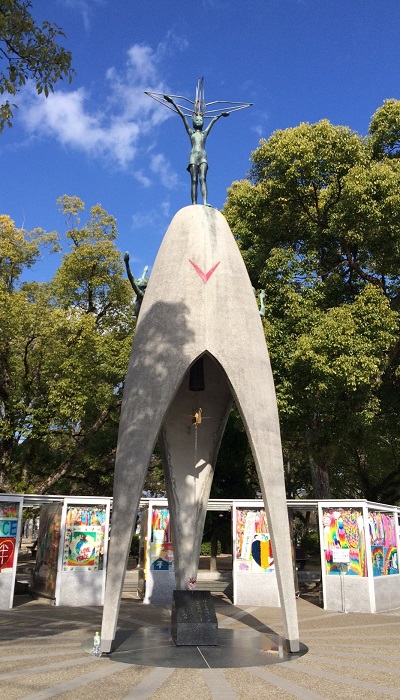 “This is our cry. This is our prayer. For building peace in this world.” – Children’s Peace Monument, inspired by the death of Sadako Sasaki, who was exposed to radiation from the atomic bomb at the age of 2 and who died 10 years later from leukemia. 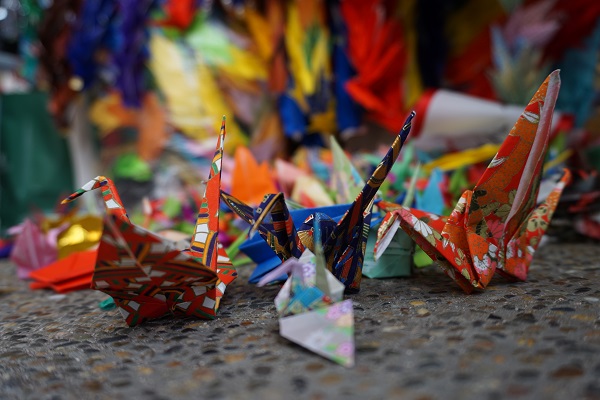 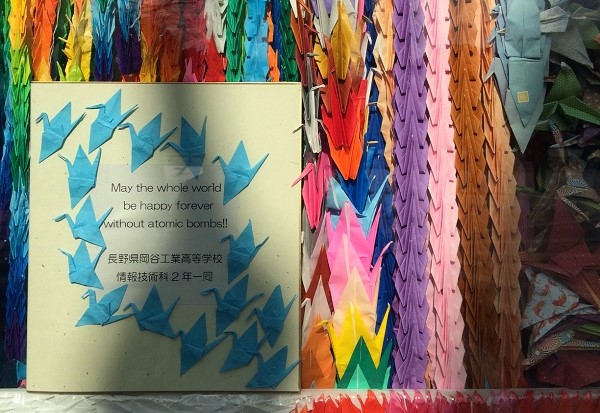 In spite of all these deaths and destruction, I repeat Hiroshims today is alive and can offer so much, especially to your palate. 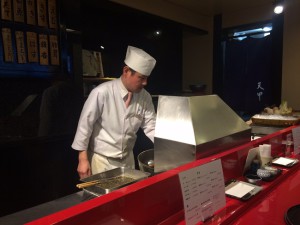 This is where we had the most intense tempura and exquisite sushi of our lives during our entire time in Japan! For lunch we went to this fabulous restaurant for some real tempura;  it is called Tempura Tenko and you cannot even see it from outside as it is inside a building. My husband found it online reading reviews and now I think thank you dear for taking the time! As in most of our meals, we sat by the counter where the chef cooked for us twelve tempura pieces of fish and different vegetables. Not greasy but perfect, tasty and crunchy, even light, this tempura was delicious and gave us the energy we needed to keep discovering this wonderful place. 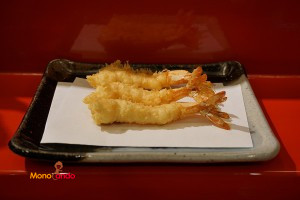 Panza llena corazón contento, off we went to see more of the city. After strolling around, visiting interesting shops, streets, and buildings night came down and we ended up at Peace Boulevard, a broad tree-lined street that took our breaths away. There were lights, happy faces, and lively people everywhere. 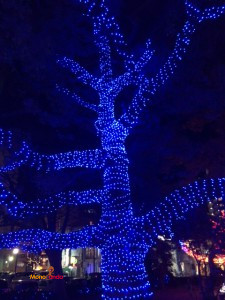 Our monocando spirit gave way to laughter, love, and lots of picture-taking. The boulevard was beautifully lighted with neon lights. There were shapes of all kinds: a strawberry, a cake, a cool bird, bananas, a merry-go-round, trains, a tunnel, a Christmas tree, balloons, butterflies, and many others. But it was the ambience that struck us the most. Locals passed by and smiled at us and each other. Whenever they saw us struggling to take a picture together they’d offer to take it for us. Children were playing with their moms and dads, couples were holding hands and old people were sitting at benches relaxing. What a great city!

And then came the best: the sushi! We had it for dinner at a downtown restaurant called Sushi Tei Kamiyacho and it was more than a meal, it was an experience! Packed with Japanese people, we were the only tourists to be seen. We again sat at the counter and as we ordered, we would watch our chef prepare it for us fresh and ready to be eaten. We knew we were in heaven the moment we tasted it. What a great way to end the day. 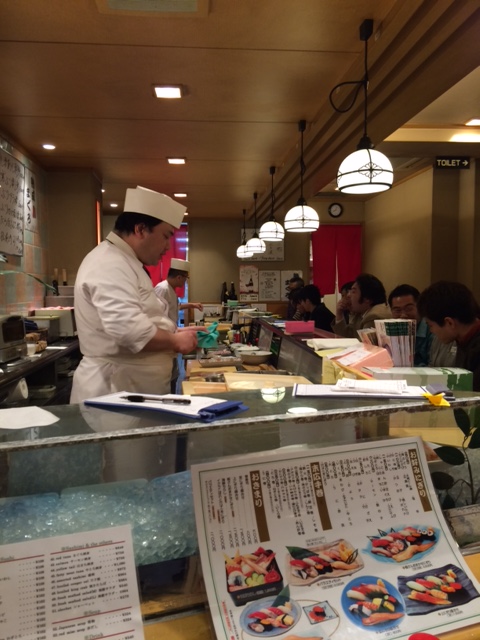 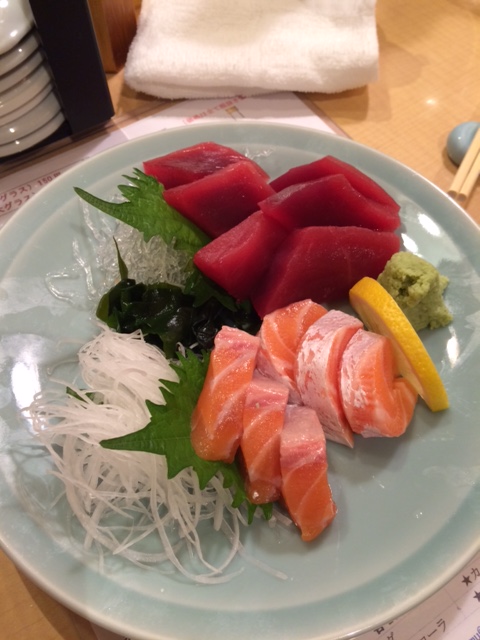 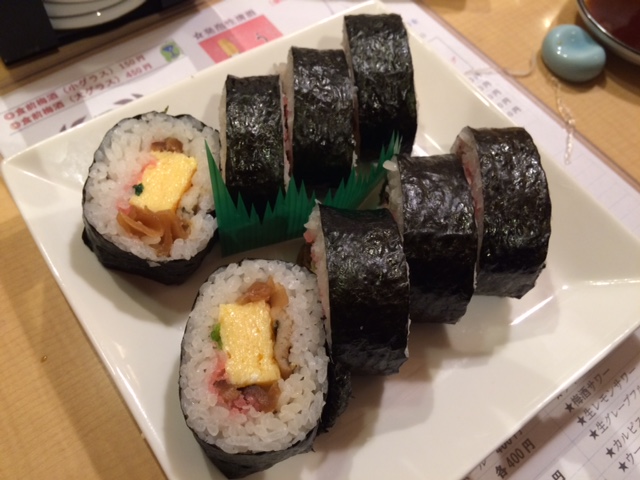 Will this city ever stop surprising us? No, Hiroshima is the past, the present, and the future. It is a beautiful city the Japanese people rebuilt with their hearts and hope for a better world; it is committed to peace and to making its visitors feel welcome and deliciously happy. We can’t wait to return! 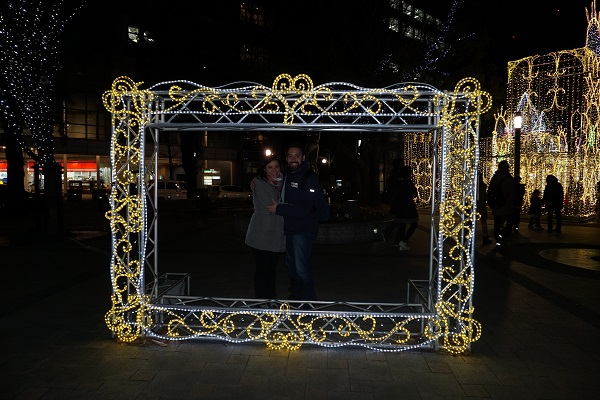