I recently returned from a two-week business trip to India. This time I was prepared and knew what to expect from it. Visiting India for the second time can be less overwhelming, but surprising nonetheless. A stroll in old Pune, just like any other tourist, proved it to me. I knew I wanted to visit a Hindu temple and the city’s market. So I put on tennis shoes, wore light comfy clothes, grabbed my camera and hopped into a cab. 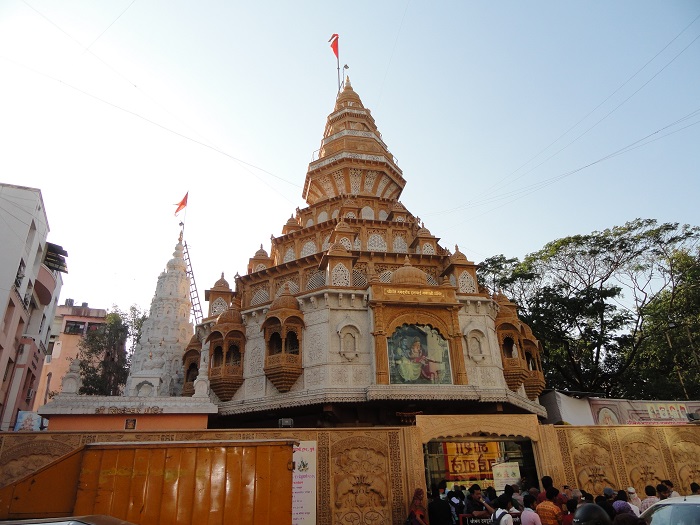 I asked the driver to take me to the most important temple, and Shreemant Dagdusheth Halwai Ganapati Temple was the place to be. Located in old downtown, this small temple is in fact one of the most popular in Pune. Hundreds of people were there, queueing to visit its Ganesh and pay their respects.

When visiting the temple, you’re supposed to grab sweets placed outside by the entrance. They are offerings to the deity and are considered sacred. I saw several people pass by, eat them, take off their shoes and then enter the temple. 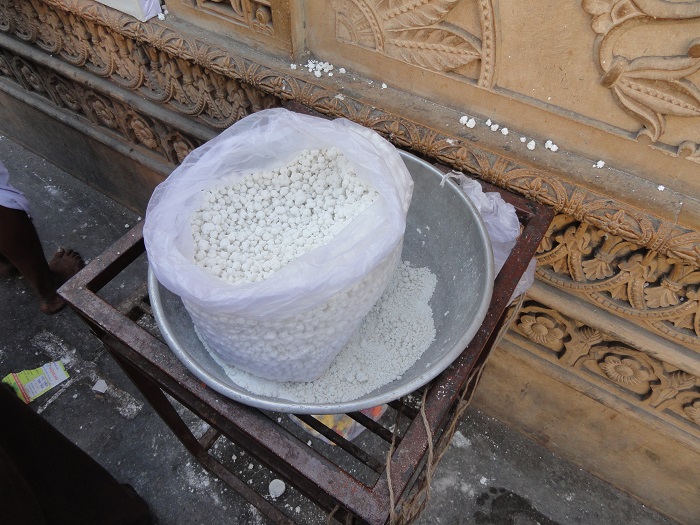 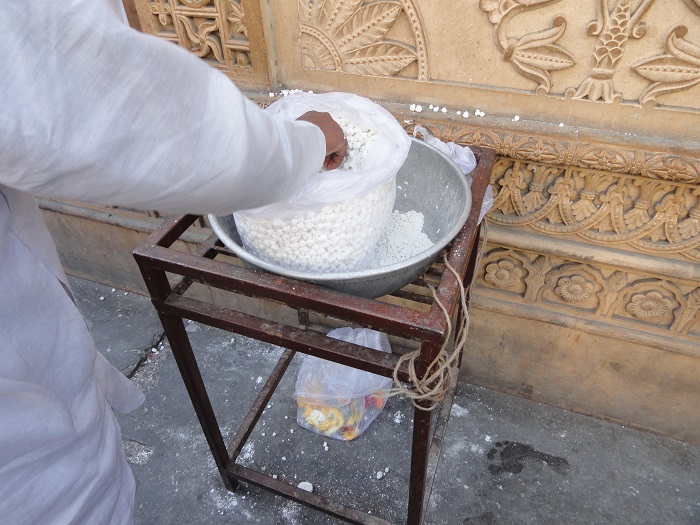 Pop corn looking, these sweets are entirely made of sugar and people take only one or two. Looking at them, I wondered who took them there, and I could only a imagine a very old Indian woman with a hump in her back, preparing them ceremoniously in a humble kitchen. But maybe I’m completely wrong.

A few blocks away, the next stop was The Delhi Gate of Shaniwar-wada, the old Maratha fort in Pune. Imponent and historic, the fort is today surrounded by street vendors, and here too, hundreds of locals, who like to hang out together in the fort’s gardens. The driver told me it became famous because of some Bollywood movie that filmed some of its scenes here. 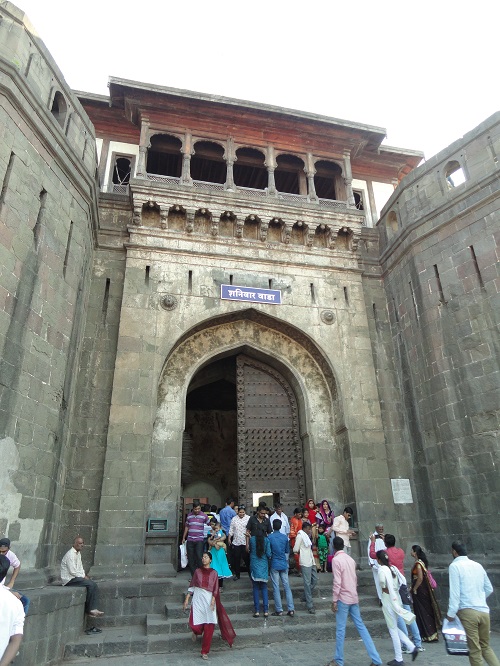 One of the things that struck me the most was a wonderful tree right outside the fort. It was beautiful, imponent like the fort. 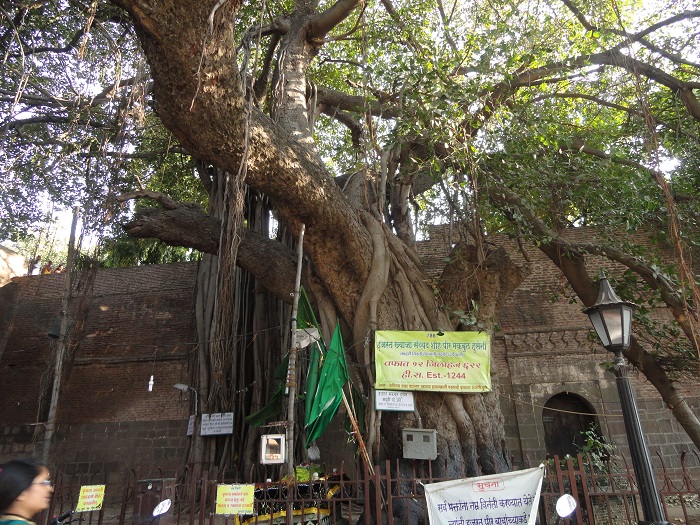 And finally, the markets. Crowded streets and shops of all kinds, including fruits and vegetables. 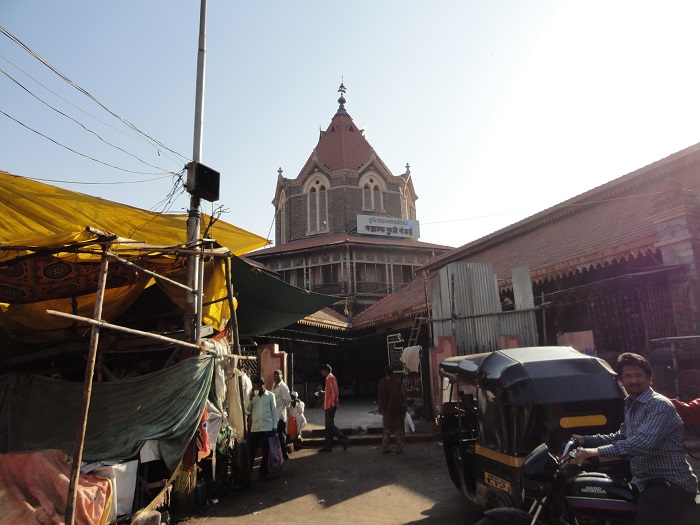 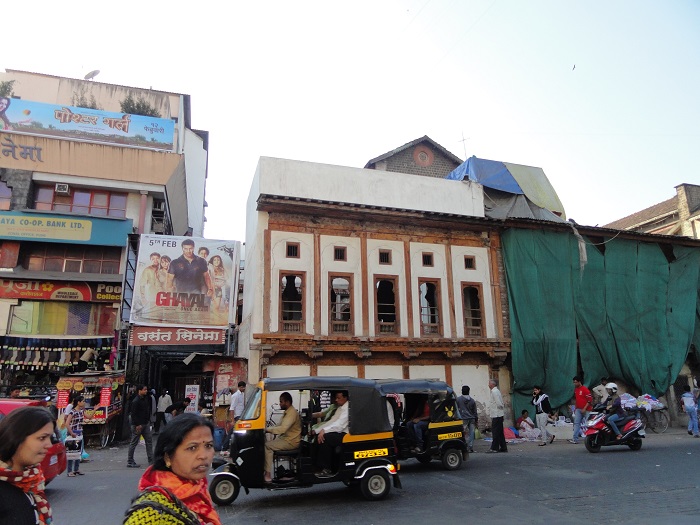 Oldest school in Pune (no longer in use)

Since parking  can be impossible, if you go by motorcycle remember where you park it, otherwise you might never find it again.

A stroll in old Pune can be surprising…and even fun.